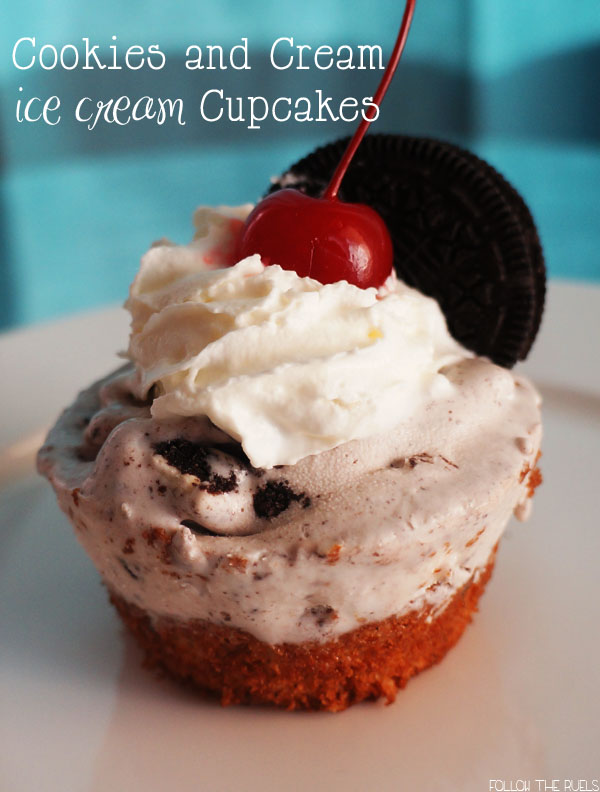 Friday was B’s birthday, which I missed since I was in San Diego. I felt obligated to try and make it up to him. I had big plans to take him to all his favorite places in Charlotte on Saturday when I got back. That didn’t happen either. I was exhausted from my overnight flight back that I pretty much slept all day. Which meant that Sunday I had to do something extra special. While, B doesn’t normally like sweets, he does love cookies and cream ice cream and ice cream cake. We do not need an entire ice cream cake sitting in our freezer, so I scaled it down and made little ice cream cupcakes! 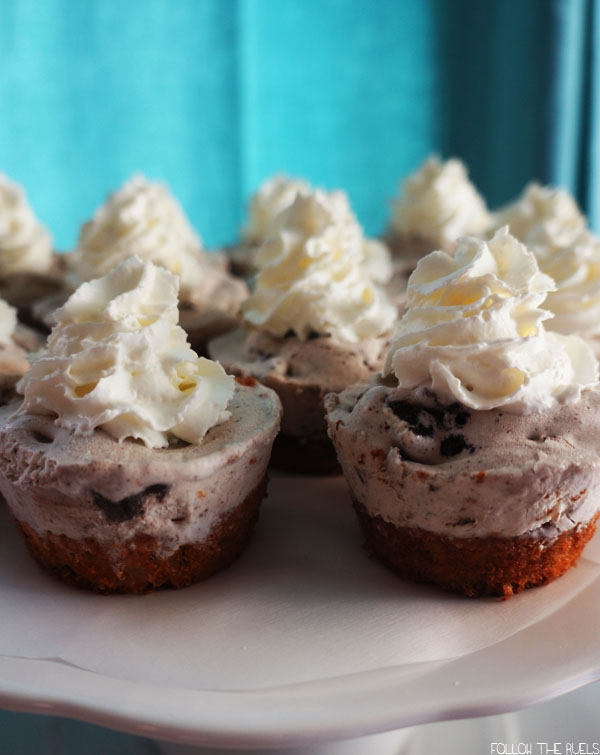 I used Trader Joes vanilla cake mix that my cousin raved about this past week. And she was not kidding! It is the best cake mix I have ever tried. For this recipe, I added some crushed up Oreos, so that the batter was also “cookies and cream”.

Since I wanted to leave plenty of room for ice cream, I only filled the muffin tin about half way up. I only made half of the cake mix, and ended up with 12 cupcakes. If I had made the entire box, I probably would have had 24. 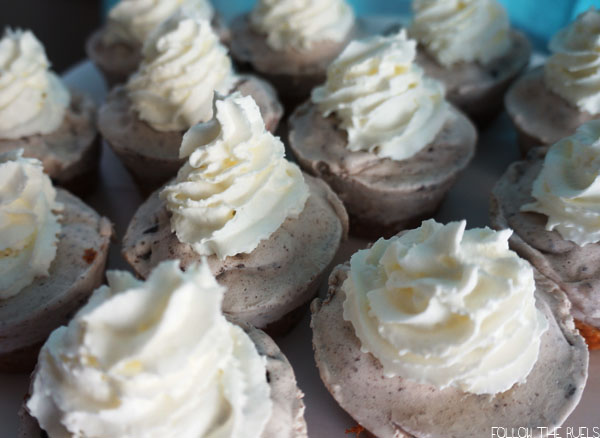 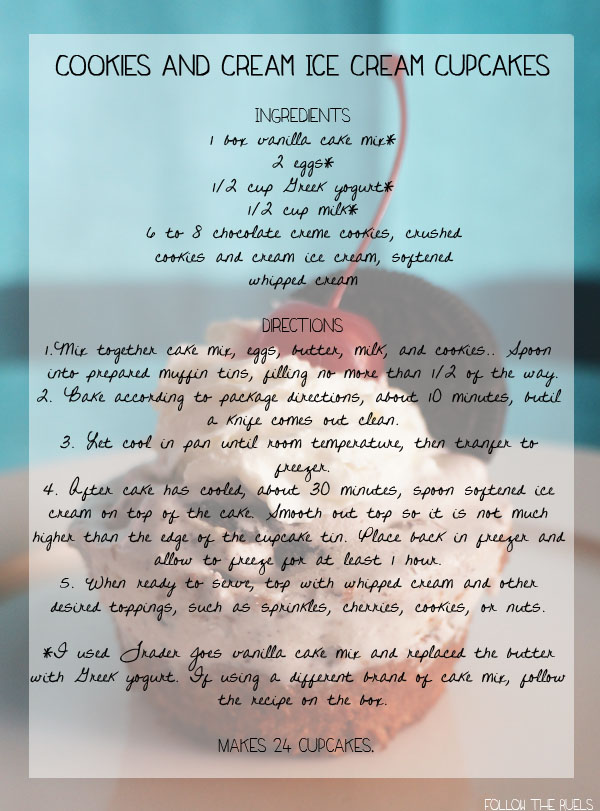 While a little messy if left out too long, these were the perfect portion of ice cream cake and would be a great dessert to make for a kids birthday party or any old get together. Plus, you could mix up the ice cream and cake flavors and really get crazy with it!