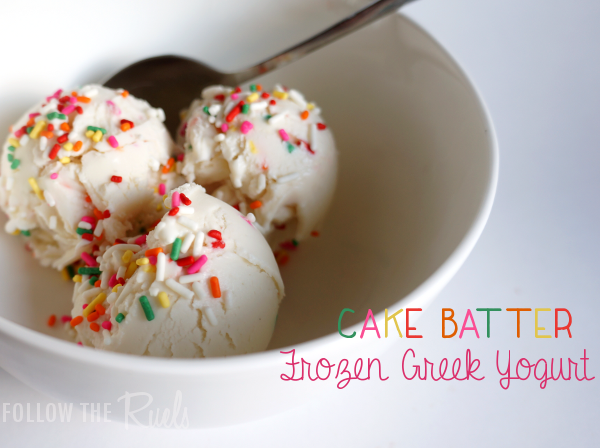 I have a thing for cake batter. It may be one of my favorite things on this earth. I will risk the threat of salmonella to lick a bowl clean. It would be totally worth it. If I see anything that is flavored like cake batter, I will probably eat it. Oreos? Yep. Rice Krispie Treats? Yep. Ice Cream? Definitely. 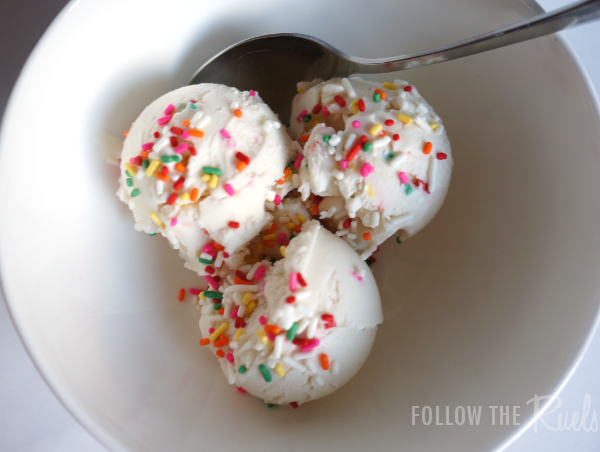 For my first recipe, I just mixed some milk, vanilla extract, and sugar in a sauce pan over the stove until the sugar dissoved. Then poured that into my Greek yogurt, and then whisked in the cake mix. At this point, I am pretty certain you could throw it in the oven and it would turn into something like a cake. But I stuck it in the fridge to cool.
For my second recipe, I used different flavorings to try to achieve the cake batter flavor. In a sauce pan, I mixed milk, sugar, vanilla extract, pistachio extract (can be subbed for almond extract), and butter (can be subbed for butter extract) over medium heat until the sugar dissolved. Then I mixed into the Greek yogurt and put it in the fridge to cool.
At this point, both recipes undergo the same process.
Once the mixture was nice and cool, I poured it into my ice cream maker and let it churn for about 20 minutes. I let it harden in the freezer for a couple hours before serving, but that step isn’t entirely necessary if you want dig in right away.
Now, I probably would have never of bought us an ice cream maker. The only reason we have one is because B’s parents gifted it to us for Christmas. At first I thought it was really cool, but didn’t really know when I get to use it. But now that I have made a few successful batches of ice cream, I am hooked. I love knowing exactly what is going into the ice cream and using lower fat products like Greek yogurt. And it is really easy! It does require some forethought because you will probably need to let things chill, but other than that, it doesn’t take that much time. I highly recommend adding this machine to your kitchen if you are an ice cream lover like me. You will get so much use out of it! 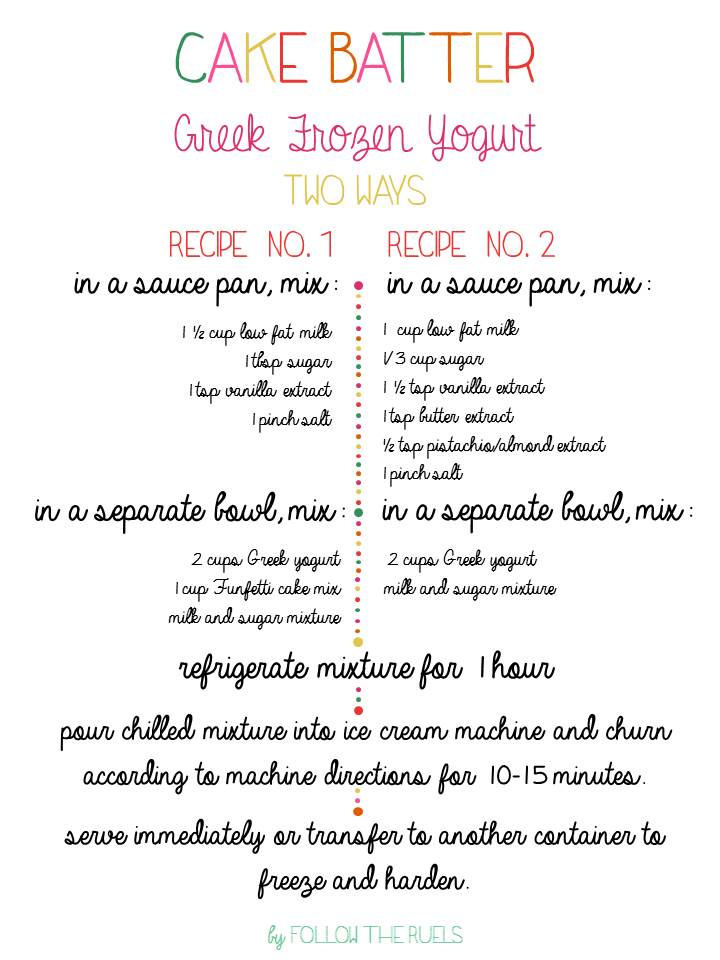 Linking up for Taste of Tuesday, Google Friend Conect, Bloglovin Linkup, The Pin It Party, Pinterest Power Party
This post may contain affiliate links, which means if you follow a link and purchase the item I may receive a small commission. Each and every penny earned goes back into the creating recipes to share on the blog.